Alula is in love. She’s in love with a little boy who lives down the road – son of some friends of ours who followed after us from Goa. Lula has her first boy crush and it’s scary. I mean, it’s scary for poor Eggy, possibly the cutest most adorable boy in the world. If I were three I would have the hots for him too. But Lula’s approach is to launch herself at the poor boy and cling onto him like he’s the last bar of dairy milk in the world and she has to stop the hungry hoardes from getting to it first.

I try to talk to her about her proclivity for stalkerish behaviour. ‘Lula it’s just not cool to throw yourself at boys.’

‘Why?’ she asks confused.

‘Treat them mean, keep them keen,’ Egg’s dad says over my shoulder.

No hang on, I think, we’re already having problems about Lula being mean to people (everyone infact other than Egg), this is giving her mixed messages.

‘It’s just that if you act aloof boys prefer that.’

‘Well if you act disinterested, like you don’t care, boys are automatically programmed to then become interested in you.’ I think about her father.

Lula stares at me with big eyes. Maybe, I think, this talk is ten years too soon. ‘You know what, forget I said anything, you do whatever you want, just don’t put Eggy in so many headlocks.’

I sigh. If only there was some way of her ingesting my thirty two years of wisdom about the male of the species (and believe me there’s a lot) – her life would be instantly easier. But I suppose that’s part of growing up and I suppose I should be glad that since Eggy came on the scene there’s been no more talk of her marrying her cousin. Which is good because I didn’t want to have to explain what inbred means. 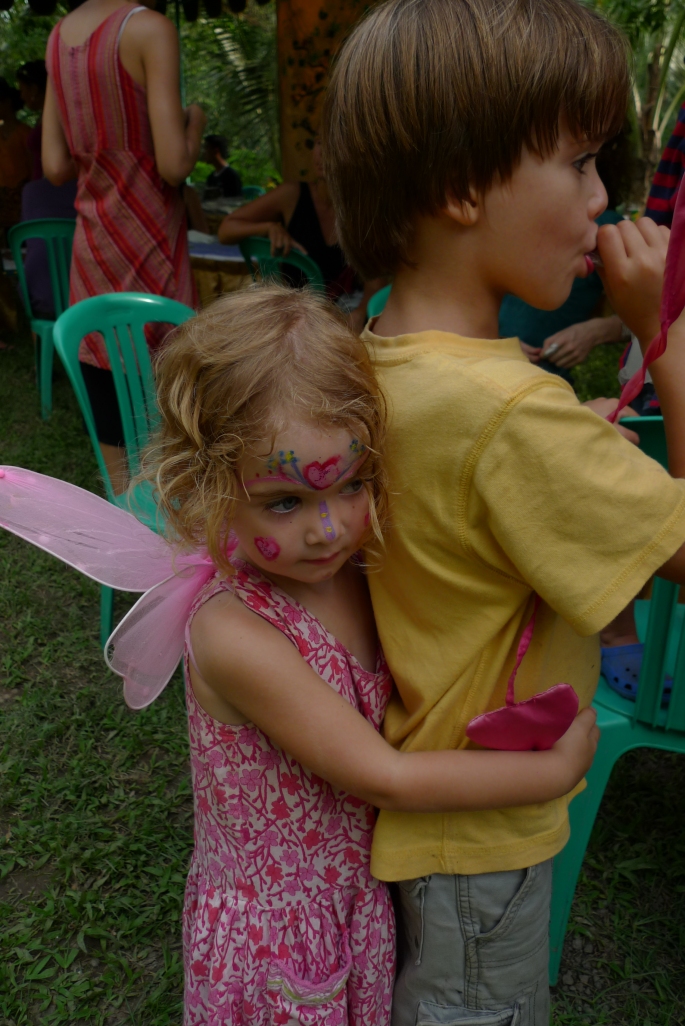 2 thoughts on “Love by a three year old”