We have seven days before we head back to London. I can’t believe we’ve been away 7 months. It’s been easily the best 7 months of my life so I’m kind of reeling with premature holiday blues whilst also enjoying the best time of the trip so far. Not that it’s over. On the one hand it feels like London will be a brief hiatus before our return to Bali in October when the next chapter of the adventure begins. As in ‘no, really, can we actually live here? (aren’t we broke?)’

Anyway, on one of our endless and endlessly beautiful car journeys through California, John and I debated the highlights of the trip. So herewith a list, for any of you out there following in our footsteps, of things not be missed on a round the world journey.

Only I’m not telling you where these are because they are too, too special. The most exquisite shrangri-la on the West Coast of America. Buried in a delve of a river canyon, bubbling from beneath the earth, slanting sunshine, cool river flowing by. Utter heaven. Maybe if you email me and ask – nay beg –nicely I’ll let you in on the secret. 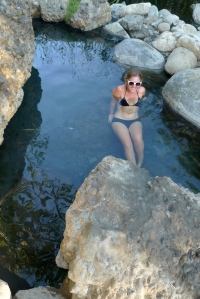 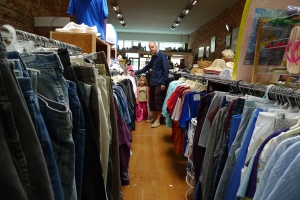 Starting Lula early. The girl has an eye for a bargain.

The unsung joy of our American trip has been the thrifting. Like shopping at Ikea it allows you to think you’re not spending anything and then your card gets declined. At a Thrift store. That’s embarrassing. Best thrifting – Mission Beach San Diego, Monterey & Santa Barbara (rich pickings). 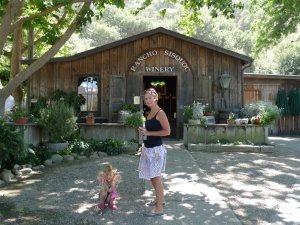 Life was perfect in India. My day consisted of tripping out of our pink house, taking Alula to school via the cows munching up the rubbish dump, stopping by for 4p samosas and then heading to the beach to sip chai as the sun warmed my face. Then some writing, some swimming, some eating. BLISS.