Did you know that I also write chick-lit under the pen name Lola Salt, together with the fabulously talented Harper Collins author Becky Wicks? (She called me her writing lobster…awwwww) 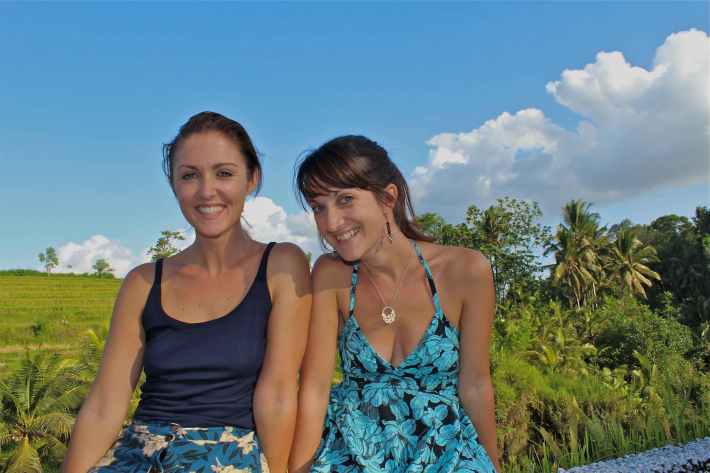 Tomorrow, our FREE comedy novel will be featured alongside best-selling, world-famous Irish author and the queen of chick-lit, Marian Keyes, on the new chick-lit section on Wattpad. The Extraordinary Life of Lara Craft (not Croft) is a fun story concocted by the two of us. Here’s my interview with Becky.

So Becky, you’re one half of Lola Salt, do you want to tell the story of how we met and decided to write Lara?

We met rather serendipitously through a mutual friend called Ric, who we both knew from London. We had a couple of glasses of wine and started talking about the mad success of 50 Shades, and both being authors we thought, hey, we should totally write the next erotic fiction! But we couldn’t do it without laughing, so it kind of turned into a project we shot back and forth over the course of a few months, until we had something real… a funny, adventurous tale of a woman looking for love in all the wrong and slightly ridiculous places. It was never really a decision to write it… it just kind of flowed to the end and before we knew it, we had a book we both loved writing and reading back. We really hope everyone else gets as much fun out of it as we did.

What was it like to write a book with another person?

Awesome! It was actually really easy writing with Sarah, because she has the same (slightly weird) sense of humour and I think we just knew where each other was going… say if I had an idea and didn’t quite know how to make it work, Sarah would wrap it up, and vice versa. It helps to be on the same mental wavelength as someone when you’re writing, I can’t imagine writing a book with say, an elderly man, or an actual teenager, the differences would be too great and it wouldn’t be fun. Like you’re supposed to know when you’ve met ‘the one’ I think Sarah and I knew that each was ‘the one’ in writing terms. Haha! She’s my writing lobster 😉

Some of the more crazy stories in the book (like the Arab prince who is imprisoned in a replica Bel Air mansion in the middle of the Dubai desert  because his family are so ashamed that he’s gay) are actually true…tell me more about that?

Oh yes! I used to live in Dubai (which is what my first non-fiction book Burqalicious is about) and I heard about this poor gay Arab who wasn’t allowed to ever leave his house. He also had a waterslide and ridiculous amounts of money, so that eventually became the character CP, who befriends Lara. I never actually met this guy in real life but you can just imagine the sort of stuff he might get up to in that house, all alone in the desert. It was the perfect base on which to build another adventure for Lara.

In the book, Lara travels all around the world delivering random packages to some very entertaining characters – what’s the most memorable place you’ve been to on your travels?

I would probably say Bali because I lived there for 8 months last year, and it really had an effect on me, not least because it’s where I met Sarah. There’s a definite magic there, something that makes you believe that anything is possible. I also recently fell in love with Cartagena in Colombia. It’s a fairy tale city within the old walls, full of bright flower-covered balconies and horses and carts trotting on cobblestones. Colombia in general is one of the most amazing countries I’ve ever visited – every day there was exciting and the people are beautiful. Especially the men.

If you were Lara where would you like to travel, with what package and for whom?

Oooh, good question. Hmm. I think I’d like to deliver some sort of secret proof of alien existence back in an old episode of The X Files, to the sexy Fox Mulder (he was soooo hot in season one). I think he’d fall in love with me instead of Scully and we’d have fun dashing through the universe on our home made spaceship. Of course, this would also require a time machine.

Tell me about your other books…

Well Burqalicious is the first one – set in Dubai. It’s a non-fiction travel memoir of what it was really like working for a celebrity mag/website during the boom. I dated a Muslim man and basically had what you’d call a dream life for a while, but it didn’t all work out that great in the end. The second one, Balilicious is also a non-fiction memoir of living in Bali, hanging with the Eat Pray Lovers but also really getting to grips with local culture and customs (and sexy divers in the Gili Islands).  I had an amazing time there and learnt so much. The third is what I’m still writing now in South America. Latinalicious. That will be out this December.

What advice do you have for aspiring writers?

I would say write. Don’t just think it, do it. Every day. And don’t ever let anyone stomp on your dreams. I think for both Sarah and me, writing sort of comes naturally. If we don’t do it, we feel like we’re wasting time. I think if you have a passion and ambition and more than that sometimes, a great idea, you shouldn’t let anything stop you, least of all yourself. Go for it.

What next for you and Lola Salt?

To read my interview on Becky’s blog click here.