It’s because I’m English and from nowhere comes a surge of national pride. I cannot let the side down.  And that is the reason that I find myself diving off a boat a mile from shore. Into open water where I most definitely cannot see to the bottom.  I want to add here that I’ve never had a surge of national anything before, least of all pride.

And it isn’t the thought of the fathoms below filled with fins and tentacles that gets me moving, a sort of sideways breaststroke towards the beach, or the fact that the boat is now about a hundred metres away so I’m stranded and drifting slowly to Madagascar, it’s the sound of jet skiis that makes me think of Kirsty McColl.  Blood in the water will attract sharks. Even though I’ve been reassured there are none in these parts of the Indian Ocean.

I have a theory that I’ll be safe from sharks so long as I always make sure that there is someone fatter than me further out in the water so I look over my shoulder at the boat and factor in where the swiss yoga couple are, and where the Venezuelan film maker, the Italian, the Indian swarmi and his partner are and then I up my pace till I have pushed past all of them.

No matter how fast I seem to be swimming however the shore doesn’t seem to be getting any nearer.  At some point I am thinking I might just have to drown. Then I look up and I see a sign on the beach. It says, I shit you not, ‘Pub.’ I can hear celestial voices singing ‘Swing low sweet chariot.’

I stagger to the shore feeling victorious. I have conquered my fear of deep dark water, sharks and jet skiis, and in doing so I have found a part of myself I never even knew existed. 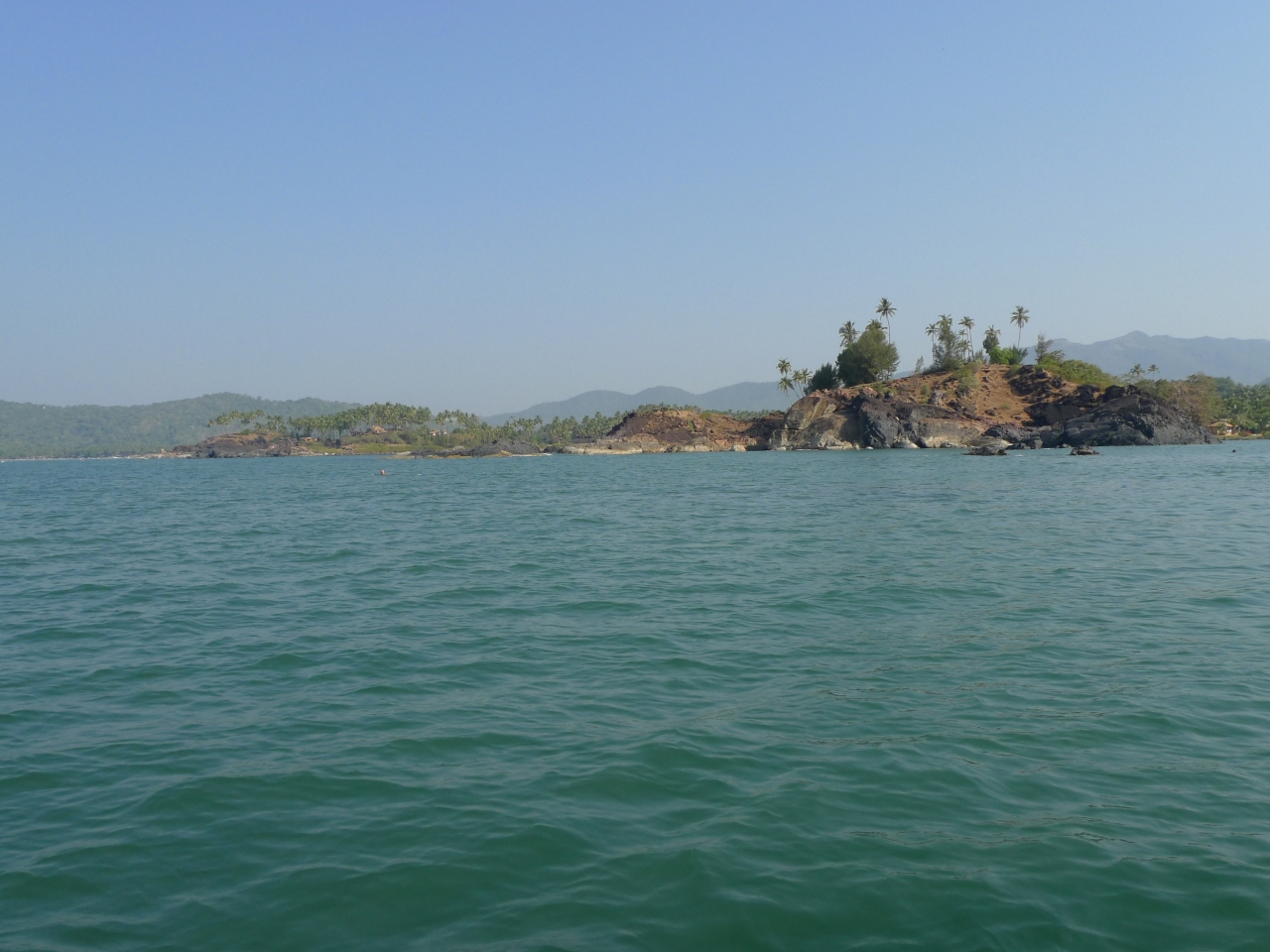 if you look to the far far left you'll see the beach. that's where I swam to. from just here. be impressed.

2 thoughts on “My swim to Palolem”